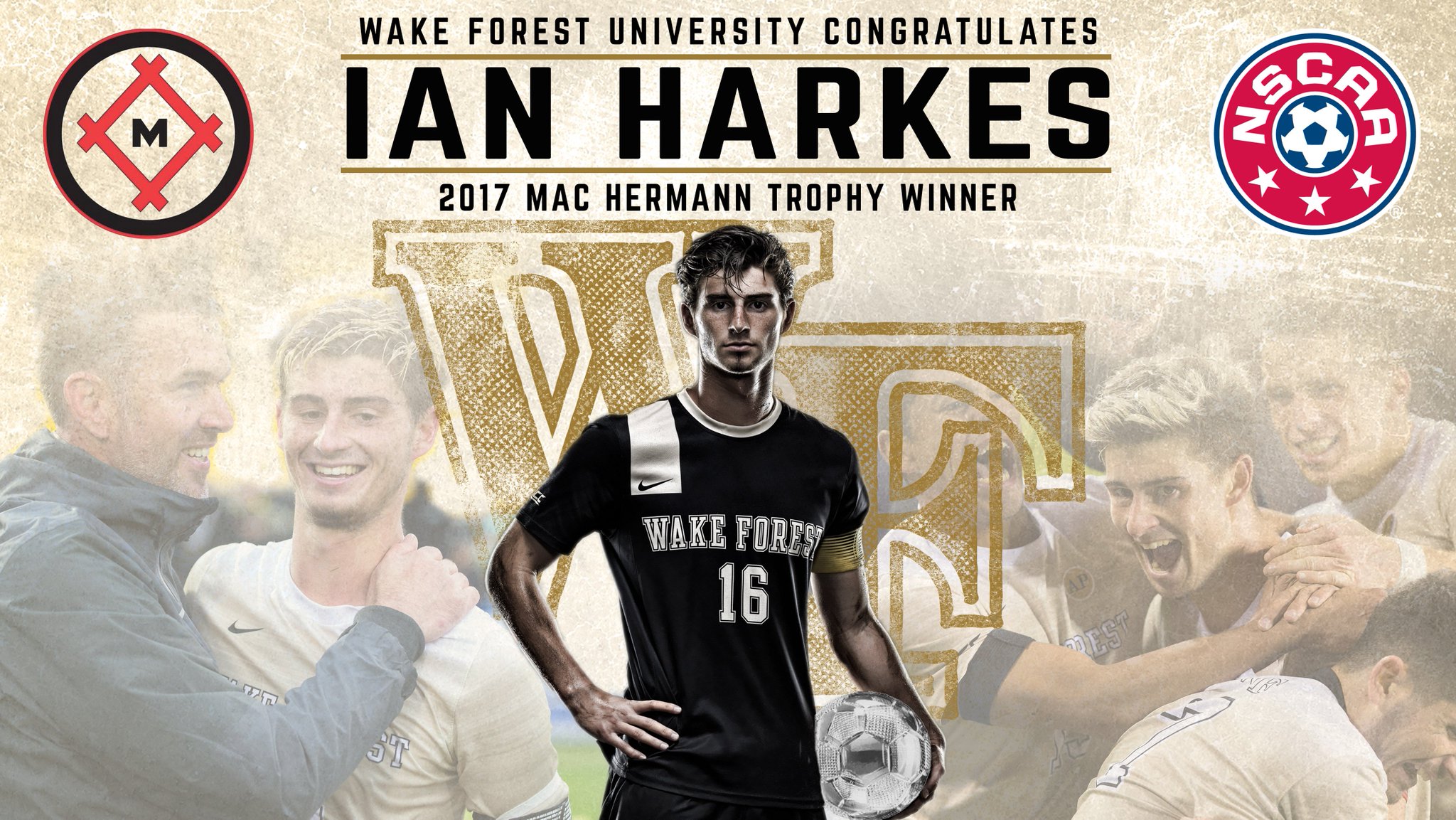 The Mac Hermann Trophy is awarded annually to the top performer in NCAA D1 Soccer.

Harkes captained the Demon Deacons to a berth in the NCAA College Cup Final, scoring the game-winning goal in double overtime of the national semifinals, during a standout season in which he was named ACC Midfielder of the Year, ACC Tournament MVP and NCAA Tournament Offensive Most Outstanding Player. He is the second member of the Harkes family to be honored by the MAC after his father, John Harkes, was the MAC Player of the Year in 1987. It marks the first time a father and son have won college soccer’s top award.