The USWNT recently played two friendlies against Chile in their last brush up before their World Cup Qualifying in October, and some familiar college players took the stage for the Stars and Stripes. Tierna Davidson started both games for the Yankees, and newcomer Hailie Mace earned her second cap for the United States during the first of two games.

Davidson had been phenomenal for both of the two friendlies, however she scored her first goal for her country in the first game against Chile. She scored in the 8th minutes with a header off of a corner kick to put the United States in action, of what would be a 3-0 win against their opponents. Mace later came into the first game, getting some good touches on the ball and having a great work rate off of it as well. These players were the only college students called up for the Stars and Stripes, but they played well enough that I wouldn’t be surprised to see more call up’s in the future.

Davidson also started in the second game- now becoming a regular for the United States backline- and looked strong throughout their performance of a 4-0 win. Davidson also recorded an assist for the night, with a great pass to Tobin Heath who promptly buried the chance. In the two games against Chile, the United States conceded 0 goals and only allowed the Chileans to fire off a handful of shots, with the help of Davidson in the backline.

With the United States Qualifying starting next month, they’ll definitely call on Davidson to help strengthen their back line, but I also wouldn’t be surprised if head coach Jill Ellis calls on some college forwards and midfielders to help give the United States an extra boost of speed, along with the talent that these younger stars can bring.

Tierna Davidson- defender. Scorer. Anchor. Game winner. What more could anyone want in a player? Although Davidson is only 19 years old, she’s proven herself talented enough to start with the U.S Women’s National Team- being one of the youngest starters on the field for the stars and stripes. Going into her junior year of college, Davidson has the She Believes Cup, the Tournament of Nations, and an NCAA Championship under her belt. So the question is, just how good is this young player?

Davidson has proven herself to be a solid center back for her college club- the Stanford Cardinals- helping them win an NCAA Championship last year. She played and started 25 games in the year- along with finding the back of the net 3 times and setting up her teammates 6 times. Stanford looked almost unstoppable last year, thanks to the help of Davidson securing multiple clean sheets. Stanford has come off strong again this year, winning their first game of the season 5-0, with Davidson getting on the score sheet. Stanford are the favorites to win the Championship again this year, and if they’re thinking about getting to the final again they’ll definitely need Davidson to perform like she did the previous year.

On the club side, Davidson has been phenomenal and groundbreaking. But on the National Team side? Even better. Being only 19 years old, head coach Jill Ellis has favored Davidson to start for the Yankees against some big name opponents- Brazil, England, Germany, France, etc. Davidson has been strong for the backline- playing all 270 minutes of the She Believes Cup, and playing most of the Tournament of Nations. During these two tournaments, the United States only conceded 5 goals through 6 games. Davidson had proven herself strong with her college team, but she’s also proven to be able to perform consistently on a National Team level. With the transition period that the USWNT finds themselves in, Davidson will be a key player in the defense for their next wave of newcomers.

The new college soccer season may have just started, but Davidson has already proven that she has the talent, the mindset, and the ambition to lead the Stanford Cardinals to another trophy for their cabinet.

The NCAA College Cup Championship is coming to a close, with the semifinals being played later this week, where Stanford will take on South Carolina and Duke will take on UCLA.  Since this tournament has been filled with exciting moments, jaw dropping goals, and heartbreaking upsets, I don’t see the semifinals and final being any different. Each team has shown why they could take home this trophy, so let’s look at how each team could potentially go back to their colleges as champions.

END_OF_DOCUMENT_TOKEN_TO_BE_REPLACED

It’s no surprise this year that Stanford University took home some major silverware- the only thing surprising is just how many awards they took home. The Cardinals earned 5 individual awards- the same amount of goals they scored against Wisconsin (sorry Rose Lavelle fans). They collected those awards along with 11 of their players selected to the All Pac-12 teams. Catarina Macario, Andi Sullivan, Tierna Davidson, Catarina Macario again, and Paul Ratcliffe all won Forward or the Year, Midfielder of the Year, Defender of the Year, Freshman of the Year, and Coach of the Year respectively. So let’s dive in and take a closer look at the performances behind the awards. END_OF_DOCUMENT_TOKEN_TO_BE_REPLACED

END_OF_DOCUMENT_TOKEN_TO_BE_REPLACED 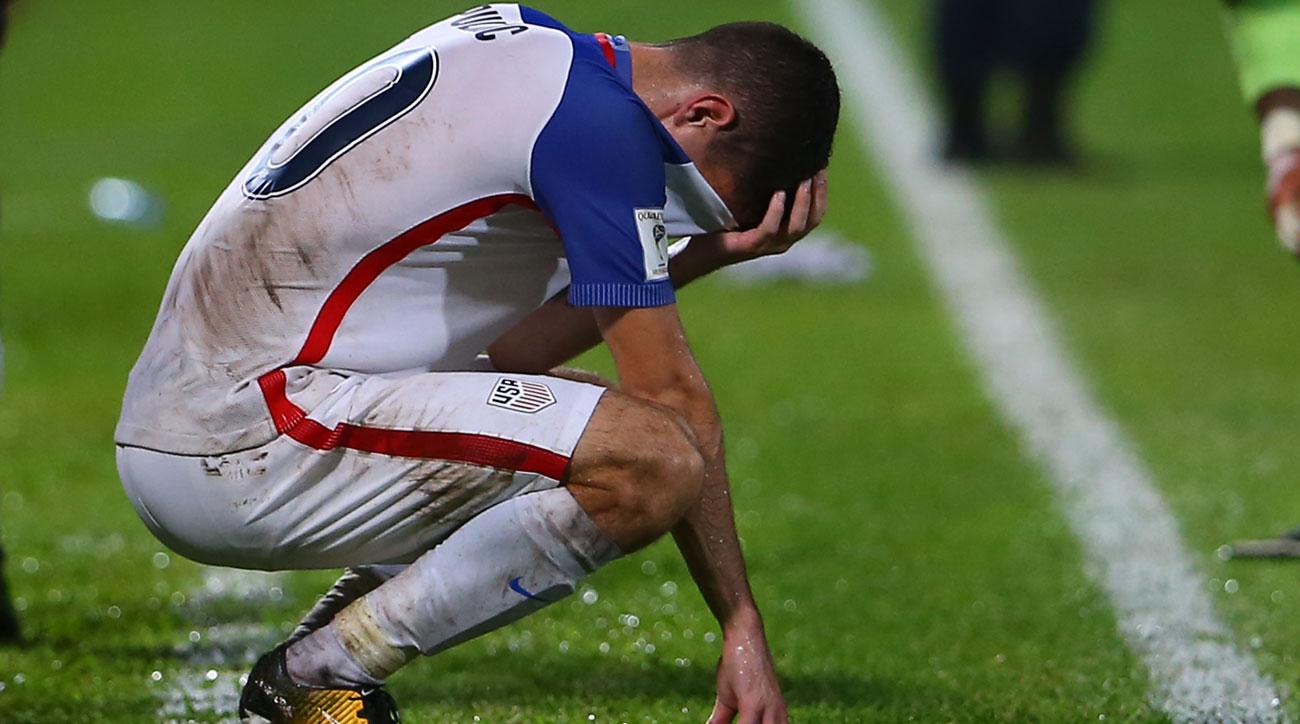 If you’ve been on social media in the last two days, I would bet that you’ve seen more than one article giving the rundown about the United States Men’s National Team’s failure to qualify for the World Cup next summer. All that the USMNT had to do was tie Trinidad and Tobago (along with getting some help from Mexico and Costa Rica) to punch their ticket to the 2018 World Cup. However, the Stars and Stripes failed to beat the 99th ranked team in the world and was eliminated with Honduras beating Mexico 3-2 and Panama pulling an upset against Costa Rica winning 2-1. END_OF_DOCUMENT_TOKEN_TO_BE_REPLACED

With the college teams starting to find their rhythm in games, most teams have found their anchor with a solid goalkeeper. Having a defense that doesn’t allow many shots is equally great, but nothing compares to having a goalkeeper that goes above and beyond to keep balls out of the back of the net. With the season progressing like it has, there’s already been some standout goalies that could be up for goalie of the year.

END_OF_DOCUMENT_TOKEN_TO_BE_REPLACED

With such an explosive season so far- Stanford scoring 31 goals in September, the University of South Carolina going 10-1-0, and the University of Central Florida outscoring their opponents 38-6- it seems that the teams are more focused on putting goals in the back of the net more than anything else. While this results in an exciting season for fans, one big question is left- How is everyone finding the back of the net so easily? 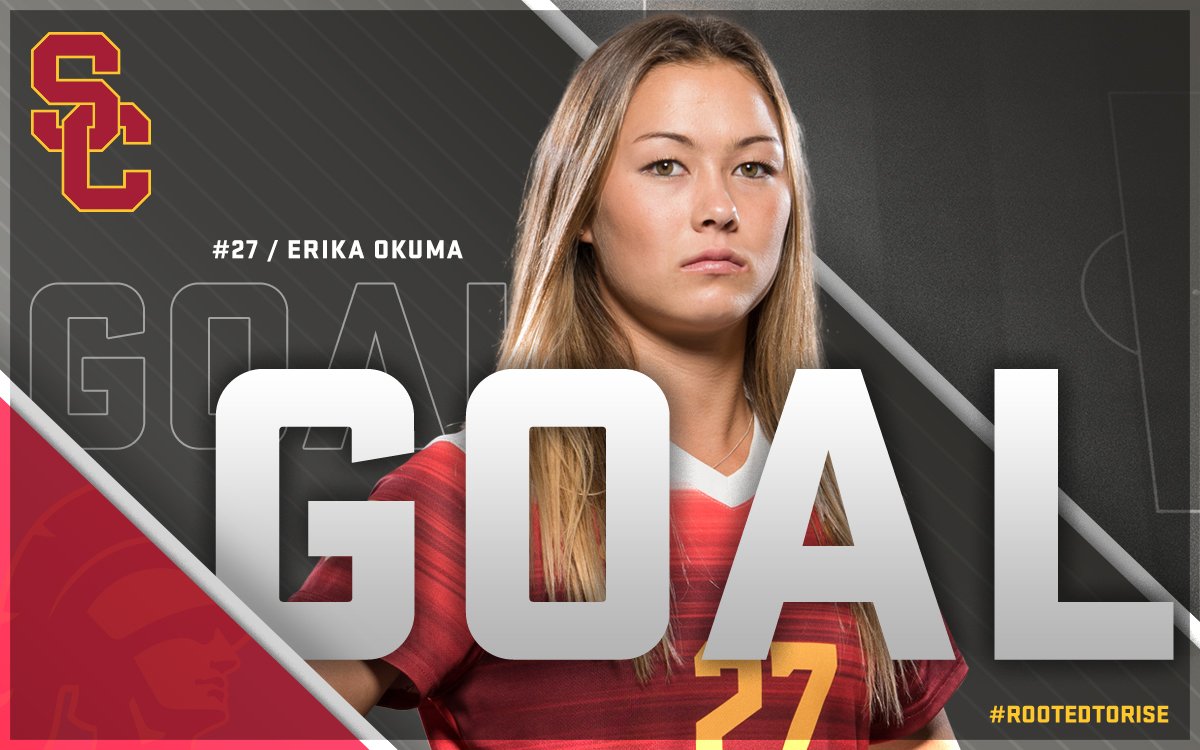 END_OF_DOCUMENT_TOKEN_TO_BE_REPLACED

Recently, the USWNT played a friendly against New Zealand at Nippert Stadium in Cincinnati, Ohio. They played in front of 30,000+ fans, making it the biggest crowd for an Ohio game, and the 7th most attended friendly for the team- more importantly this was the first time they played at Nippert. Nippert stadium is home to no other than the FCC- a USL team hoping to jump their way into Major League Soccer sometime in the near future. Now, you may be asking what this has to with College Soccer, and more importantly Women’s College Soccer. But don’t worry, all the answers are in this article. END_OF_DOCUMENT_TOKEN_TO_BE_REPLACED

While the University of Southern California’s Women’s team seemed to struggle in the preseason- tieing with UC Irvine, and barely winning against Long Beach State- it seems that the Trojans have found their shape in the beginning of the 2017 season. While I was doubtful about this team, they’ve appeared to have proven me wrong going 5-1 in their first six games, playing three away and three at home. So far in the season, the Trojans have recorded wins against UC Davis, Missouri, Santa Clara, Iowa State and Loyola Marymount- outscoring these teams 9-3.