The University of Buffalo took the decision to drop it’s soccer program – gingerly making the announcement on Monday. Men’s Soccer wasn’t the only victim in the cut; baseball, men’s swimming and diving and women’s rowing were also axed in an effort to reduce the school’s yearly spending by over $2 million.

The Buffalo News reported that the lack of other men’s soccer programs in the MAC was likely a big factor in the decision to drop men’s soccer. The administration considered four factors: program costs, athletic facilities, Title IX, geographic location and a comparison of sports sponsored by MAC schools.

Four-time All-Mid-American Conference selection, 2015 MAC Player of the Year and second-leading scorer in UB history, Russell Cicerone made his feelings clear in a letter posted on his twitter account. Cicerone became the first UB player picked by an MLS club when he was acquired in the second round of the 2017 MLS SuperDraft by Portland Timbers. 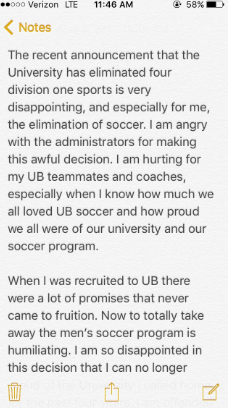 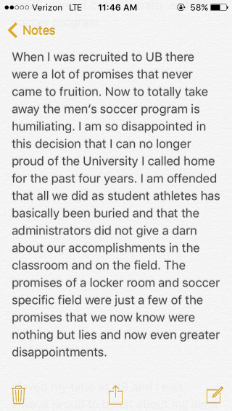 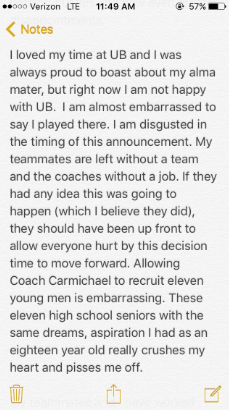