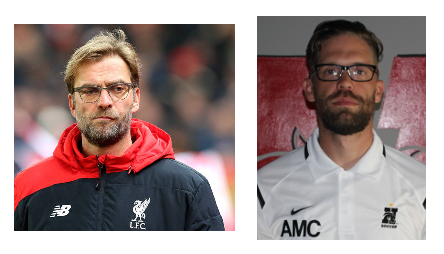 With pre-season around the corner NAIA Men’s Champions Hastings Bronco’s took a look back on their historic title run. Entering his first season as Bronco’s Head Coach, Aaron Champenoy led the Nebraska team on an undefeated season culminating in 1-0 win vs Rio Grande in a tightly contested final. Champenoy was named the NSCAA NAIA Coach of the year on Dec 3rd for his efforts.

“I knew this was a special place for college soccer, so I came in with an expectation of success,” Champenoy said. “We were expected to be good and compete at a high level, but I don’t think anybody, including myself, expected us to go undefeated and win a national championship the very first year.”

The reason for his success? Is Aaron Champenoy actually Liverpool FC Coach Jurgen Klopp in disguise? Some of his players seem to think so despite Champenoy’s ability to actually win a title!