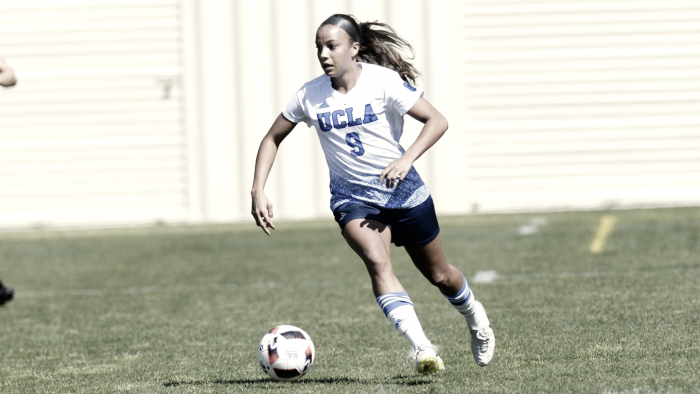 For a while it looked as though rising USWNT star Mallory Pugh would be suiting up for UCLA. But before a ball was kicked Mallory announced she would forgo her college career in order to step straight into the pro ranks. Pugh is the first high-profile American player since Lindsey Horan in 2012 to bypass college for an early entry into professional soccer . Horan was going to attend North Carolina but signed a professional contract with Paris Saint Germain instead.

The Washington Spirit could become her first home in the NWSL. The franchise are sat on top of the allocation list and signing Pugh would become one of the biggest moments in the club’s short history. The situation remains far from clear though with reports that Pugh doesn’t want to play for the Spirit due to their off-field troubles last year. Either way, fans can’t wait to see Pugh in action again.

Speaking on her short time at the UCLA Pugh said:

“This decision was certainly not easy for me to make. UCLA is such a special place, and being a Bruin was an incredible thing. UCLA Soccer brought amazing things to my life, and chasing after a national championship with my friends and teammates would’ve been special, but I could not turn down this opportunity.”

“I want to thank my teammates, coaches, UCLA Athletics, and everyone else for the support I have behind me. I may have been here for a short time, but UCLA will always have a special place in my heart, and I will always be a Bruin.”

Here’s a reminder of what the NCAA will be missing out on: